I swear, it’s always my elaborate shoots where Murphy’s Law rears its stupid head. In this case it was my Sugar Skulls shoot. My makeup artist flaked out on me (I think I’ve had more makeup artists flake out on me than models). Luckily I had gotten makeup and face paint in case just such a thing happened.

I am no makeup artist, but I can do in a pinch. Three hours of makeup later, and I had three models with me. Our next feat? Take photos outdoors where it was raining. Rain + painted faces = oh nooooooo! The shoot wasn’t in the perfect location I had wanted, the faces weren’t quite the way I had envisioned, and the day didn’t go as planned.

But, you know what?

I LOVED THIS ALL!

Rarely do shoots go as planned. You just gotta make do as you can and go rock the socks off everyone!

It really is so difficult dealing with changes in plans. Some people told me to reschedule, but I have countless shoots that fell into the rescheduling hole, and I didn’t want this to be one of them. Don’t let that happen to you! 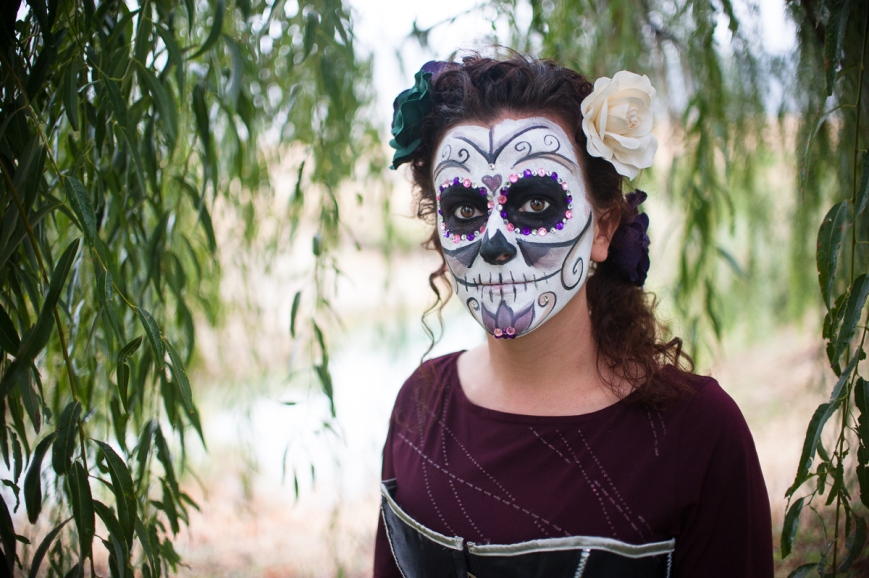 Love Alice in Wonderland? See Memoriabilia and Collectibles at the Collectionary

Visit the Alice in Wonderland Collectionary